Yup, it’s true, Scot, Henry and I are going to be welcoming a new baby this year. Even typing the words “We’re Pregnant!” doesn’t feel real! We are still in complete shock and excitement all at the same time! We didn’t know if this was going to happen for us again, and in the most unexpected moment, it did! Before we get in to all that, let me fill you in on the back story that up until now, I have kept fairly private.

For those of you that are close to us, you may know that I was told at 27 getting pregnant was going to be very difficult for me. And if I wanted children, I needed to get started because the older I got, the chances of it happening would be less and less. At the time, Scot and I had just met and not even gone on a first date. So the thought of ever having a family, was a bit of an unknown for me. However, it never really scared me. I had heard my fair share of stories where the woman was told she couldn’t conceive and did. I never let it hinder me.

Fast forward 5 years, Scot and I get married. Previous to our wedding I had stopped all contraceptives. We were careful, but never fully avoiding it. We wanted to let it happen when it was going to happen and promised to never put too much pressure on ourselves. Scot and I had been married a year, moved from our apartment and into our current home and had a discussion shortly after we moved in and agreed that maybe we would enjoy the house for a year and then start “trying” the following fall.

Come May of that year, I was late. But being fully transparent here, was nothing out of the ordinary. I have a whole slew of issues that made me completely irregular so I didn’t think anything of it to be honest. I had been late 4 months in a row. Anywhere from 3 days to 3 weeks. But come June, I had realized it had been almost 8 weeks since my last period!!! I was terrible at tracking because It was always all over the map! And low and behold, I was pregnant with Henry!!! We were so overjoyed!!!

Now, this may be a little TMI for you but I don’t really care! We did the math, and realized that we had conceived on the anniversary of my mother’s passing. She was giving us a gift and a sign and we didn’t even know it. We truly didn’t know, if I could get pregnant, or if this was a bit of divine intervention.

My pregnancy with Henry wasn’t an easy one. I was labeled high risk and geriatric almost immediately. I had Gestational Diabetes, Hypertension that was developing into Preeclampsia and Henry was breech resulting in a c-section. In addition, I was also 35 at the time of his birth which was why I was labeled geriatric. Also, complete side note, but is there any other word they could come up with for a 35 year old mother, other than geriatric?!? I mean, just send me straight to the nursing home! We were so fortunate to have the best team of doctors and feel truly blessed that we had a completely healthy baby, despite all of the complications. You can read the full birth story here!

After we had Henry, we didn’t think we wanted to go through that again. We were scared that we could be lucky with one, but putting myself and another baby through that felt heavy. We were happy and content as a tripod family. As the time went on, we slowly craved another baby and decided to start trying again. We knew our family wasn’t complete and tried for about a year but told ourselves we wouldn’t do anything to enhance our chances of getting pregnant. Scot and I decided fertility treatments were not something that we wanted to consider simply due to the complications. If it was going to happen, it would happen. Last summer, we started to explore to option to adopt. We decided to continue to try through the end of 2020 and if it didn’t happen, we would start the adoption process.

Come, October 2020 I broke my wrist and had to have surgery. Basically, putting “trying” on the table! As the year came to an end, we felt sad and defeated so agreed to continue to try for a couple more months. April was the last month we were going to try.

How we found out

Once again I was running irregular. I was tracking this time though so I knew how many days, my longest cycle was. And I was still 4 days away from that. We were getting ready to head out of town for the weekend and I had mentioned that I was late to Scot. I also had a dr.’s appointment that day for an unrelated issue but knew they would make me take a test because they would need to do x-rays. I panicked at the thought of me actually being pregnant and not finding out with Scot by my side.

As much as I knew the test would be negative, I made Scot go to the store before my appointment so that I could take a test, just to be safe. Scot came back from the store and I took the test. We waited the three minutes and even joked that there is no way its positive! Three minutes later I looked at the test and there it was, two lines on a positive pregnancy test!

The shock of it all is still setting in. I’ve been an emotional roller coaster, but we are absolutely overjoyed with the news. I still cant even believe that I am saying it out loud! We are hopeful for another healthy baby but also cautious that I may have another difficult pregnancy. I hope you will follow along for the journey because I can’t wait to share all things baby with all of you! I have planned out a ton of great content to bring you along! 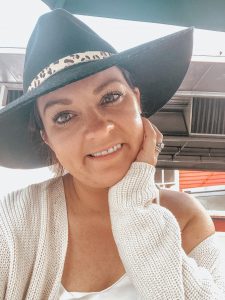 Shannon Is a wife and boy mom to one, living just outside of Cleveland, Ohio. Shannon was born and raised In Cleveland and loves everything about growing up In the midwest. She shows passion In home decor and loves to decorate on a dime. Shannon and her husband are slowly updating their 1950s Cape Cod and love sharing the journey. In addition to home decor, she loves to entertain. cook, mix up a great cocktail and share the ups and downs of #momlife along the way. 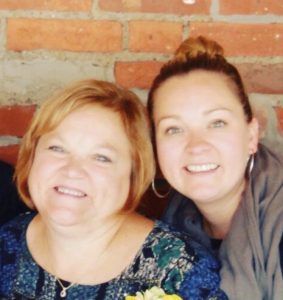